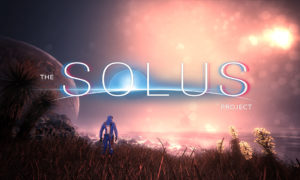 For Sjoerd “Hourences” de Jong and his game The Solus Project, I was brought on board to retrofit an existing, nearly complete game design with a clear and meaningful narrative. With less than a year until release, the team didn’t have any substantial story content or narrative design.

“Alex was awesome to work with during the production of The Solus Project. He was a big help with detailing out the story and voice acting, along with press and community assistance. His reliability, consistency, and communication skills were top notch and he was a pleasure to work with. I can definitely recommend him.“